I’ve created this blog to exercise my ideas, share my thoughts and showcase what I’m up to. However, I’ve just realised I didn’t post a single thing in 2021. So I decided to write this one, to reflect on all the things I’ve done in the past year.

Giving back to the community

Every time I have the chance, I like to give back to the community. Most of the software I use in the day-to-day is open source. As I don't have enough time or energy to contribute to these open source projects, every time I have the chance I squeeze in an update to the projects I maintain, release some useful sample or tutorial that might help others. 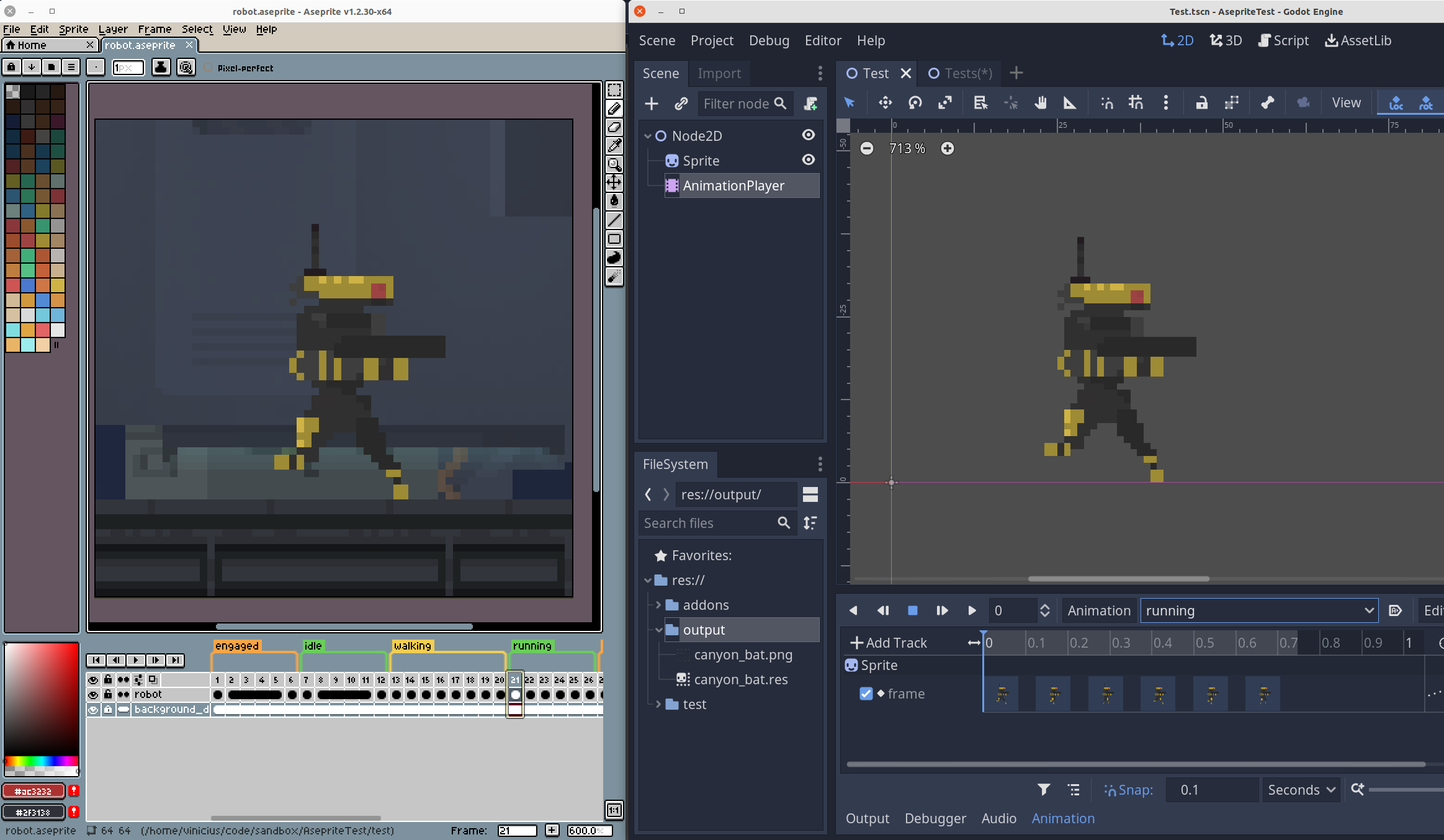 My year started with a pull request fixing and improving Aseprite Wizard, a plugin I created for Godot to help import animations from Aseprite to the game engine.

This plugin started as a bash script, which I realised could be useful for other people. So I translated it to Godot’s GDScript and released it as an editor plugin. Since then, I received positive feedback from the community, many suggestions and bug fixing contributions.

This week I'm going to release a new version that supports a more powerful animation node, a feature that was asked a few times in the past.

Also related to open source projects, back in January, I released the first version of Clyde, a scripting language I developed for creating game dialogues.

Besides the language specs, I created a parser and an interpreter in Javascript, also a CLI tool for executing Clyde files and an online editor for people to test the language. By the end of the month, I also released a plugin for Godot, with a native parser, interpreter and importer in GDScript, so I could use the language in my own game.

I also played around developing syntax support for VSCode and Vim. This was a fun project, as I was able to play around with language lexers, parsers and interpreters. Something I haven’t looked into since my times at Uni. 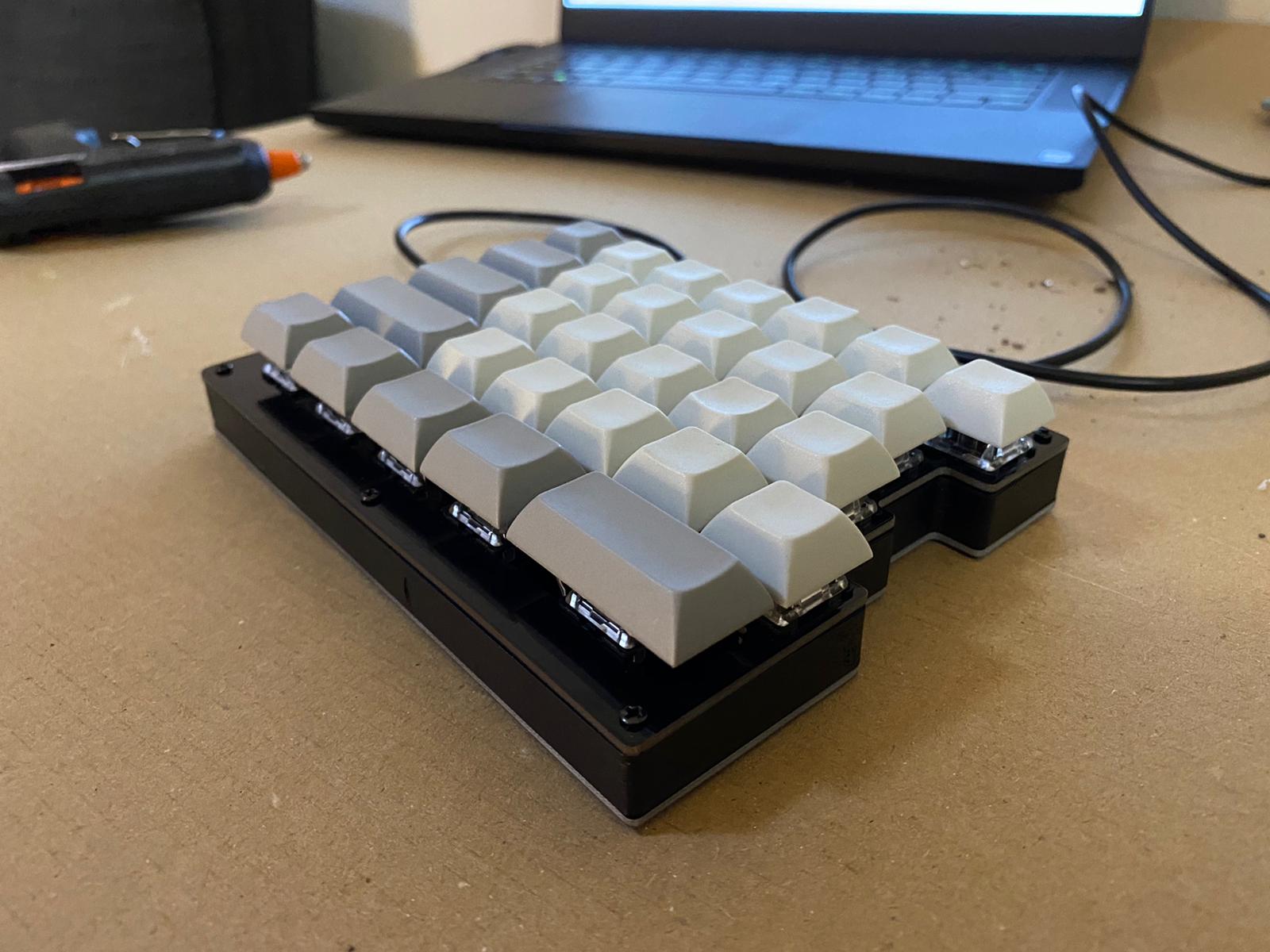 In 2021, I also resumed my project of creating my own mechanical keyboard. This was a split keyboard using some Gatheron Brown switches, a Bluefruit Feather and a Pro Micro. Instead of creating a PCB, I wired the switches manually.

After soldering everything and spending some weeks playing around with C and Arduino board deployment issues, I managed to make it work.

It did work, but it was far from being good. Some bugs with layers and at the end, that Frankenstein felt a little bit too weird to type. Mission accomplished anyway. 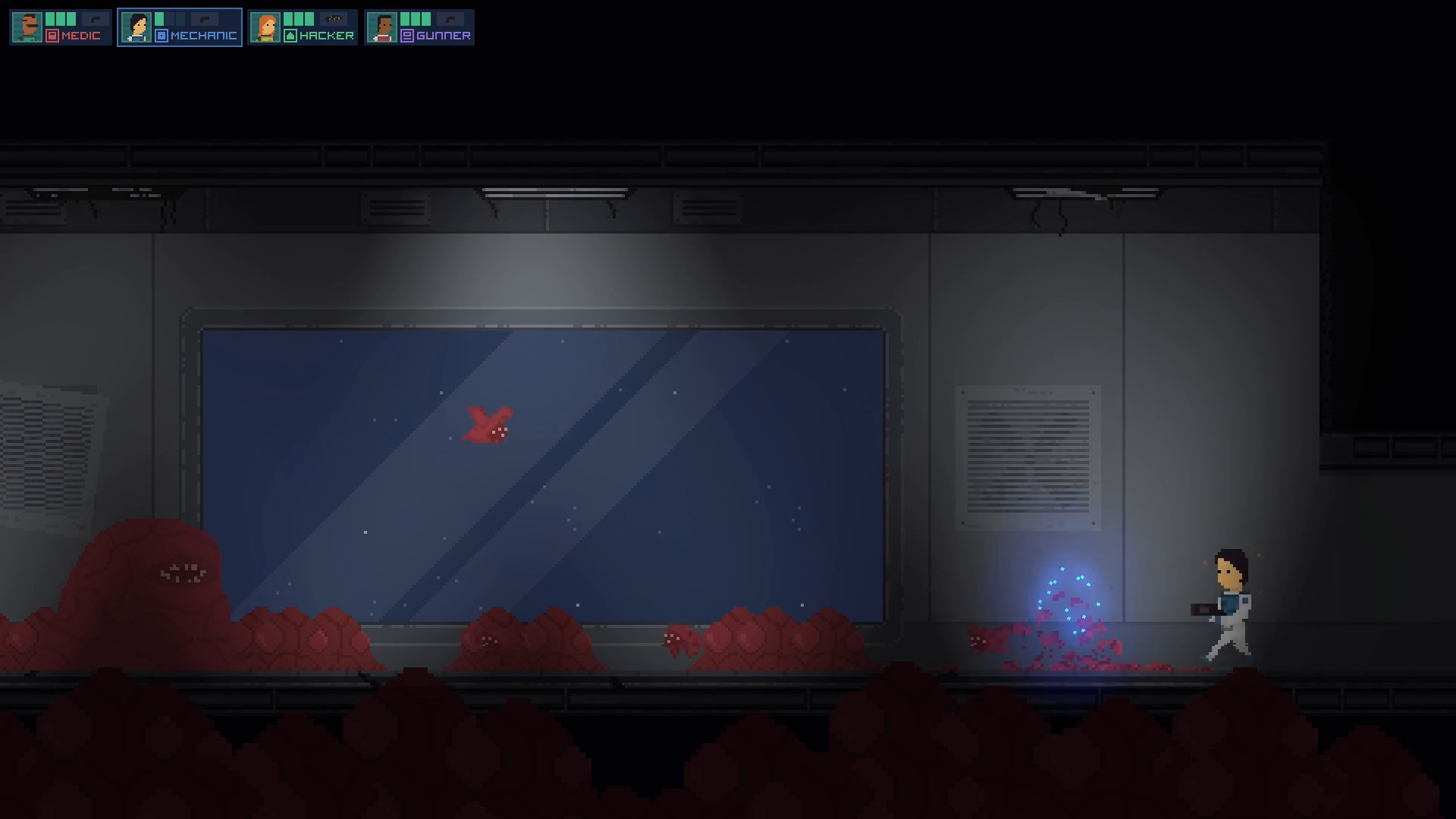 My main side project and hobby is Game Development. I’m currently working on my first game called Far Star. In 2020, I started a Youtube channel to log my progress, and I kept doing it in 2021.

In 2021, The Far Star repository received 571 commits across 195 days. This doesn’t say much, as the size of my commits vary depending on what I’m working on, and also when working on animations, sounds and other assets I usually don’t commit often.

When it comes to Youtube, I released 14 videos in 2021. Mostly dev logs, but I also released a few tutorials with subjects such as Behaviour Trees, Goal Oriented Action Planning, Boids and color replacement. In my github you can find a bunch of sample projects I used for my videos.

When it comes to subscribers, my channel reached 600 subscribers after one year alive. That’s not much for youtube standards, but I’m happy with the result anyway, as I never actively promoted my videos anywhere, besides eventually posting on my Twitter account, which only contains a handful of people.

What about full time work?

Well, I don’t talk about work in my personal stuff, and also I don’t think I can share externally details on what I work on during the day. It's not top-secret, it's just that I don't want to spend cognitive energy thinking on what may be under NDA.

I’m a Software Developer, so what I can say is that I worked on a bunch of projects related to scaling and performance. I had the chance to lead a few projects, code a little bit and be paged overnight for some wrong metric we setup. he he.

What about non-development related stuff? 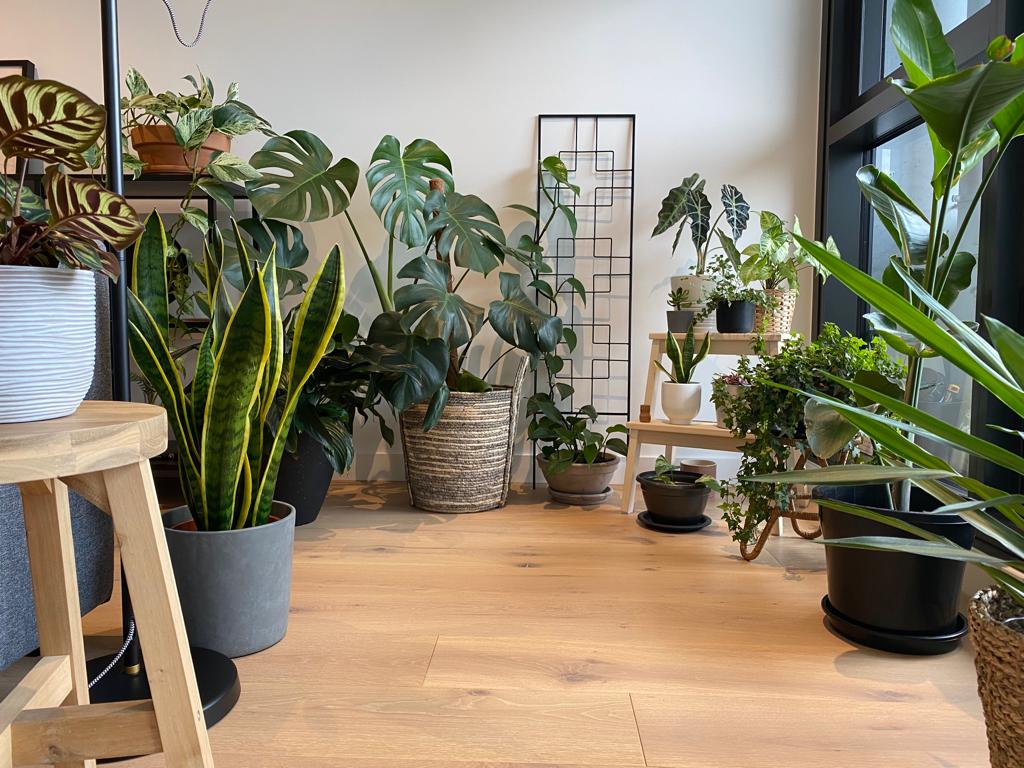 Well, that's not really the focus of these posts, but thanks for asking. My plants grew like crazy, I spent most of the time in lockdowns because of the current thingy happening with the world and I completed a few series and games (mostly indies, but I did complete everything on Metroid Prime and Jedi Fallen Order).

Yep, I think this pretty much sums up the highlights of the year. Hopefully, I get the motivation to share things more often here this year. If I don't, see you in the 2022 review :D.